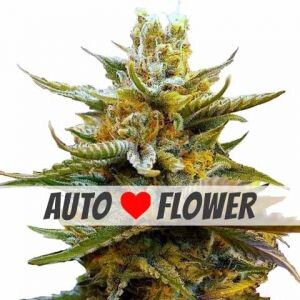 When it comes to legendary Marijuana seeds, they don’t come much bigger or better than the G13 strain. Steeped in mystery from its unknown origins. Rumors abound of it being a US Government project to create the perfect weed plant. One thing is sure, it’s a potent and powerful strain with uplifting, long-lasting effects.

Through breeding and development, we stock some of the highest quality G13 Feminized Marijuana seeds available. With the inclusion of the Ruderalis gene, responsible for automatic, self-flowering characteristics, our friends at I Love Growing Marijuana now stock the finest G13 Autoflowering seeds for sale.

Completely stable and feminized, every seed is guaranteed to germinate, producing a pure female plant. Once dried and cured, the buds are identical to traditional, conventionally cultivated G13 buds, but are faster to mature and much easier to grow. If you’ve never tried this infamous strain, you should! It’s almost as big a part of Marijuana folklore as the fabled 420 call-sign.

By crossing the G13 Feminized strain with a top-performing Ruderalis, these new G13 Autoflowering seeds retain all the plant’s original traits, but are no longer dependent on long, uninterrupted hours of darkness to induce flowering. Controlled by age, rather than photo-period, the plants simultaneously grow and flower, almost from sprouting.

Over an average of 9 weeks, these G13 Autoflowering seeds will grow, flower and completely mature ready for harvesting. With no requirement for set hours of darkness, plants can be cultivated outdoors from early Spring, generating high-quality harvests even during the Summer months.

With no set vegetative period, G13 Autoflowering seeds produce smaller plants than their traditional feminized counter-parts. Small, squat and dense, they are discreet and very easy to grow. Yields average between 4 – 6 oz of potent, top-quality buds per-plant when given long hours of strong, direct sunlight. Autoflowering plants produce their best harvests when subjected to as many hours of direct sunlight as possible.

Although originally developed for outdoor growing, many people are now cultivating Autoflowering seeds inside, within purpose-built growing areas. These G13 Autoflowering seeds excel when grown indoors under well-controlled conditions. Set your lights to run an 18/6 on-off cycle to produce the biggest and best quality harvests.

The buds are large, dense and solid, covered in resin with a pungent skunk aroma. A strain with huge ‘bag-appeal’ and a name that almost promotes itself. If you’re looking for a fast and easy ‘cash-crop’ variety, they don’t come much better than this!

G13 Autoflowering seeds are a 70% Indica dominant strain with an added Sativa euphoria. The effects are fast-acting and long-lasting, with THC levels of up to 24%. Unlike many Indica dominant strains it doesn’t induce ‘couch-lock’. Instead the Sativa influences produce an energizing, uplifting sensation, leaving you feeling happy, content and relaxed.

An ideal strain for both day and night-time use, it can help reduce stress and focus concentration. It can also help to relax the body, combating chronic pain. Often used to ease mental issues, it can help with ADHD, PTSD and many other ailments and conditions.

Easier to grow with the same potent, powerful effects as the original.

THC levels of up to 24% induce a powerful sensation felt in both the mind and body. Relaxing yet energizing, stress-reducing and euphoric. The perfect all-round high.

A blend of both Sativa and Indica genes, the G13 strain is well-known for helping reduce stress, anxiety and depression. Other uses include combating mental wellness issues, increasing the appetite and reducing insomnia.

FREE Shipping to USA guaranteed
No reference to marijuana or cannabis seeds is made
All weed seeds are discreetly packed
Orders are shipped within 2 business days
Every marijuana seed is checked for quality
Delivery guaranteed on all products
Guaranteed germination conditions:

NOTICE: You may be asked to send back the ungerminated G13 cannabis seeds.