While many states in America are clear with laws covering the possession and cultivation of marijuana, understanding them here is slightly more confusing. It’s fair to say you cannot legally buy marijuana seeds in South Carolina in any orthodox retail outlets, however that doesn’t stop people buying marijuana seeds in South Carolina online, and while cultivating marijuana for recreational purposes is prohibited, growing medical marijuana for personal use, may be permitted in small amounts.

If you are considering growing marijuana in South Carolina, we suggest cultivating a few high quality plants for personal use only, to remain on the better side of any future punishments, should you be caught. Chronic pain, insomnia, eating disorders and many more ailments and illnesses can be alleviated with the use of marijuana, and although still illegal, the use of medical marijuana for certain afflictions has proven to be a successful defense for some people. Secrecy equals security, tell no-one of your plans or show them your growing operation, either indoors or outside. They used to say loose tongues cost lives, when it comes to marijuana, loose talk costs harvests!

South Carolina isn’t one of the biggest states, covering an area of approximately thirty-two thousand square miles, but it does have plenty of rural areas in which to grow marijuana outdoors throughout the long growing season the state enjoys. Ambient temperatures and long hours of daily sunshine provide the perfect climate for growing marijuana in South Carolina, and with the slower onset of Winter, and warmer night-time temperatures compared to many states, a complete selection of Indica, Sativa and hybrid marijuana seeds can be planted and successfully cultivated through to complete maturity, before the night air becomes too cold and damp for flowering to continue.

It is often said that well-grown indoor marijuana plants produce the best, most potent buds, when grown correctly. This is due to a greater degree of control over the plant’s environment in most cases, ensuring the temperature remains within set parameters, the humidity is reduced, and the plants receiving a set, twelve hours of darkness every night. Grown outdoors, these factors are in the hands of nature, changing the temperature, altering the humidity and in South Carolina, reducing the daylight hours slowly as  Fall approaches. All of these factors produce changes in the plant, and although indoor grown marijuana plants may well produce the highest quality buds, the biggest, heaviest harvests achieved per seed, are usually when they are grown outdoors, over an entire season, often resulting in kilo’s, rather than ounces of buds.

With it’s long growing season and good conditions, South Carolina offers the perfect environment for growing marijuana seeds outdoors. Many Sativa based strains require up to ten weeks to fully flower and mature, and with it’s warm climate, even these strains can be successfully grown and cultivated to complete maturity before the onset of Winter. Indica dominate strains usually mature quicker, needing around eight weeks to ripen, and so produce a slightly faster harvest. Buy marijuana seeds in South Carolina that best suit your needs and level of experience, as well as taste. Certain strains are easier to grow than others, less affected by mistakes such as incorrect nutrient levels or feeding schedules. If you are just beginning to grow marijuana in South Carolina it’s better to produce a high quality harvest of easy to grow buds and cola’s, than a poor quality yield from a harder to grow strain. Beginner seeds doesn’t mean lower quality buds or yields, it simply means easy to grow plants.

We offer a wide assortment of marijuana seeds for sale that can grow well outdoors in South Carolina, whether you wish to grow guaranteed female plants, provided by our feminized selection, or produce your own seeds using a male from our regular marijuana seed collection. Our assortment of high quality marijuana seeds contains both medical and recreational strains, as well as a choice of autoflowering seeds. Considered the easiest of all marijuana seeds to grow, autoflowering marijuana plants require approximately ten weeks from germination to completely flower and mature ready for harvest, regardless of the time of year, in fact auto seeds produce their heaviest, best yields during the very height of Summer, and with little care or attention required, are becoming the choice seeds for ‘guerrilla’ growers across the country. Choose from our wide selection of outdoor marijuana seeds below. 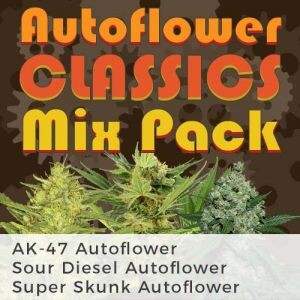 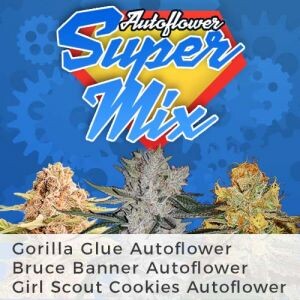 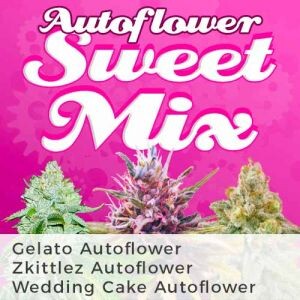 With growing marijuana in South Carolina remaining an illegal activity, we cannot recommend building an indoor grow room as the risks and subsequent penalties can be severe. Should you wish to grow marijuana indoors however, we do provide a wide assortment of feminized seeds from ‘old-school’ classics to modern-day favorites. Indoor growers can maintain an even, ambient climate much easier than outdoor growers, often producing far superior buds and higher quality cola’s.

Building an indoor growing area will require investment, necessary equipment such as lights and air fans may need to be purchased, but once constructed it does have the capacity to produce fresh marijuana all year round. All marijuana seeds grow well indoors, when given care and attention. Buy marijuana seeds that reflect your experience, rather than tastes. Many people find fast-flowering Indica varieties are much more forgiving and hardy in nature, perfect for first-time, and novice growers. 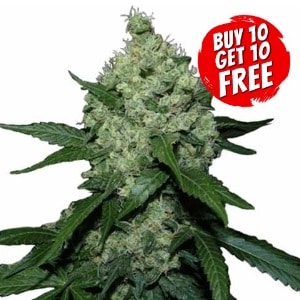 Buying marijuana seeds in South Carolina online is quick, secure and easy online. Enjoy the very best stealth packaging and delivery, guaranteeing you receive your purchase, or it will be resent totally free of charge. Dispatched directly from I Love Growing Marijuana one of the world’s leading marijuana seed producers and suppliers, you are assured of receiving the highest quality seeds and levels of customer care, from purchase to harvest.

To help you grow the very best plants and most potent, flavorsome buds possible, Robert Bergman, owner and founder of I Love Growing Marijuana has produced a free, no obligation E-book containing many of the methods and techniques used by commercial growers to achieve the very best yields from their plants.

Learn how to correctly germinate your seeds, and when to harvest for the best taste, aroma and potency, all totally free of charge and without obligation. If you wish to buy marijuana seeds in South Carolina, we believe we have the best quality seeds available.

Learn How To Grow Marijuana