Nova Scotia is one of Canada’s three maritime provinces located in the Atlantic. The second smallest of all the Canadian provinces, it has the second highest density of population, with Halifax as the most populated and provincial capital. As part of Canada, the residents of Nova Scotia are subject to Canadian law, and with recent changes to these laws, the cultivation and possession of cannabis and marijuana has now been legalized, permitting residents to grow up to four marijuana plants per household, and possess up to 30 grams of dried buds in public.

With these changes now in place, many residents of Nova Scotia, and Canada are considering buying marijuana seeds for the first time, and growing their own plants this coming season. While some people will already know about growing marijuana, others, especially those new to gardening, may need a little help and advice on how to start, and the best marijuana to grow in Canada.

Growing marijuana isn’t difficult, like many plants, its needs are simple, requiring air, water and sunlight to produce cells and grow. One fundamental difference however, is marijuana is a deciduous plant, meaning it produces both male and female plants, requiring fertilization from male to female to produce seeds for the follow generation.

Marijuana can be cultivated either indoors, within a purpose built area, or outside, during the short Summer growing season. Outdoor growing is cheap to set-up with few running costs, while growing indoors requires an investment in equipment, and requires a power supply to run the necessary lighting and fans. Read about the benefits of each technique below.

For many people around the world, growing marijuana outdoors is as simple as planting the seeds and watching the plant grow. Unfortunately, residents of Nova Scotia wishing to grow marijuana outdoors need to be a little more selective with their choice of seeds. The short Summer and cold, wet Winter can make outdoor marijuana cultivation difficult, especially as traditional marijuana plants only begin to flower later in the season, as the daily sunlight hours fall below twelve.

With an average of eight weeks in flower to fully mature, the climate can become too cold and wet for the plants to grow properly, producing small, stunted buds, often suffering from bud rot and mold. Feminized seeds are the best choice, guaranteeing each seed germinated produces a female plant capable of producing buds. Some strains mature faster than others, and if you’re going to grow traditional marijuana plants outdoors, these are the best strains to cultivate.

Autoflowering seeds are a much faster option for the outdoor grower, requiring an average of sixty days to fully mature from sprouting. Completely feminized and guaranteed female, these marijuana seeds grow, flower and mature simultaneously, regardless of the number of hours of darkness they receive. Instead they are controlled purely by age, ready to harvest after the required number of days growth, and produce their best yields when the daily sunlight hours are at their longest, perfect for the short Summer growing season in Canada. 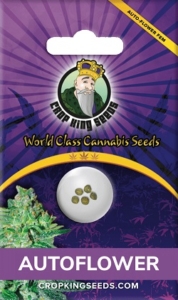 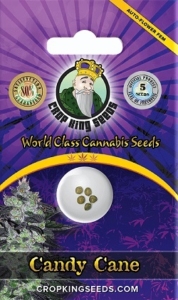 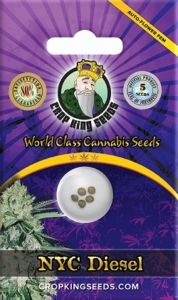 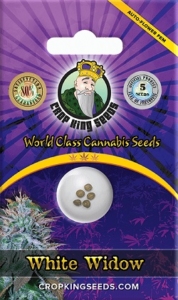 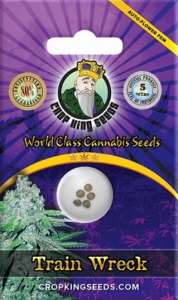 One of the most popular types of autoflowering marijuana currently available is Train Wreck, a Sativa dominant strain that’s quick and easy to grow, with a cerebral, energizing high. Well-known as traditional feminized strain, these seeds contain a 10% Ruderalis mix that enables them to grow and flower simultaneously, reaching complete maturity after approximately 8 weeks.

A great strain for beginners, Train Wreck autoflowering seeds need little care or previous experience to produce a high quality crop. The combined growth and flowering stages eliminate the need for regular hours of darkness, with the plants producing their largest yields during the Summer months, when the daily sunlight is at its longest and most powerful.

The ‘high’ is fast and hard-hitting, hence the name Train Wreck, leaving the user feeling energized and euphoric, while calm and relaxed.

THC levels average approximately 16.5%, and the CBD level of 0.49 can help reduce chronic pain, anxiety and depression, making it a popular autoflowering strain for both recreational and medicinal marijuana growers alike. Find out more about Train Wreck Autoflowering Seeds.

There are two major advantages to growing marijuana indoors in Nova Scotia, quality and quantity. Although setting-up an indoor growing area requires a small amount of initial investment, and incurs running costs to power the lights, fans and air extraction, indoor grown marijuana is usually better quality than outdoor produced buds due to the additional control growing indoors allows, such as temperature, humidity and light hours.

Once constructed, it can be used to grow marijuana in Nova Scotia all-year round if desired, generating a fresh, regular harvest from the four permitted marijuana plants per household. Compared to outdoor growing which can only yield reasonable amounts for a few months of the year.

Feminized seeds are favoured by most indoor marijuana growers in Nova Scotia, ensuring that each one of the four permitted plants are 100% female and capable of producing the highest quality buds. Indoor growers often employ advanced growing techniques such as super-cropping, topping, staking and bending to produce heavier yields, more experienced growers may use the Screen-of-Green system to produce the largest yields possible.

Indoor growers can control the number of light hours their plants receive, ensuring the flowering stage has a constant 12/12 light-dark regime, providing both maximum growth and flowering. Humidity controls can reduce the chances of bud-rot and mold developing, producing bigger buds with more flavor and aroma, in comparison to outdoor grown varieties. 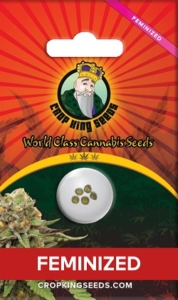 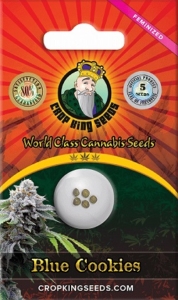 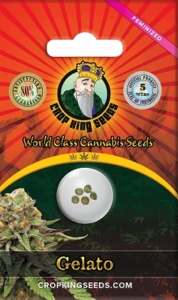 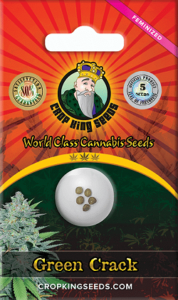 If you are considering growing marijuana indoors, we have a wide and varied selection of recommended strains, perfect for growers of all levels of experience. With a selection of pure feminized seeds, we have recommendations for recreational and medicinal growers, as well as experienced or complete novice growers. 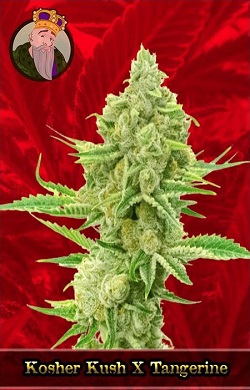 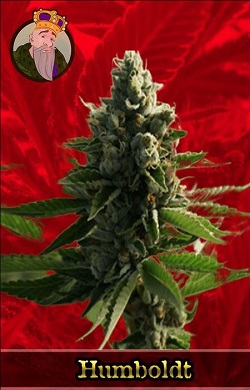 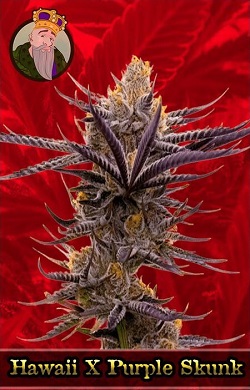 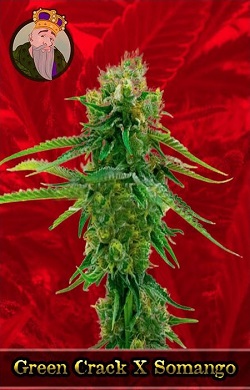 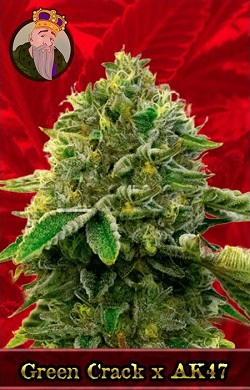