Marijuana Seeds In Florida For Sale

Florida is far more conservative with it’s marijuana laws than some states, choosing to allow the use of medical marijuana for registered patients, but prohibiting it for non-registered or recreational use, and although the qualifying conditions for registration now include several more conditions and illnesses, the amounts each patient is legally permitted to possess remains to be decided. Unfortunately, the changes in these laws will not permit home cultivation, and with the dispensaries unable to stock seeds, it is difficult to legally buy marijuana seeds in Florida unless you purchase them online.

Sometimes people go to extraordinary lengths believing the ‘feds’ will track it to them, but the truth is, with all the mail and parcels travelling between countries, and understaffed bureau’s, tracking someone who ordered marijuana seeds from the internet is of no interest, unless you ordered an extremely large quantity. You can legally buy marijuana seeds in Florida as they are often sold as ‘souvenirs’, and as possessing the seeds isn’t actually a crime, only growing them, the worst outcome is your seeds will be confiscated before you get chance to cultivate them. With the ‘dark web’ offering guns, fake ID’s and hard-core ‘chemical’ drugs, finding a parcel containing a few marijuana seeds is hardly going to warrant any further investigation.

With this in mind, the guarantees you want when buying marijuana seeds in Florida online, is that you are certain to receive them, and they are of the highest quality, capable of producing the finest, most vigorous plants. You cannot legally grow marijuana seeds in Florida, it’s against bot state and federal law, so it’s important that you are fully aware of the risks and penalties involved before you begin.

Choosing the right marijuana seeds for your growing style and level of experience is one of the most important factors when buying marijuana seeds, and while all seeds are capable of growing outdoors, some are better suited than others. Many of the latest, most popular strains are hybrids, containing both Indica and Sativa genes. Often these are best suited to indoor growing techniques where the light hours can be switched directly to a 12/12 photo-period, rather than rely on the decreasing daylight hours during the later part of Summer and through the Fall.

Germinating and growing marijuana in Florida is illegal, and should only be undertaken if you are fully aware of the risks and penalties involved. If you decide to legally buy marijuana seeds in Florida online, choose seeds that suit both your growing method and level of experience. Growing marijuana seeds indoors requires specialist equipment such as lights, fans and often, some form of air conditioning, adding up to quite an investment. Buying marijuana seeds online that are guaranteed to arrive, germinate and produce the best harvests, should be your highest priority.

Feminized marijuana seeds are the preferred choice for most indoor growers, guaranteeing female-only plants. Devoid of all male chromosomes, each seed produces a female plant with the buds and cola’s you desire, identically replicated time after time. Indica dominant strains are usually quicker to mature, as well as being easier to grow in general, producing dense, sticky buds with a strong ‘body-stoned’ effect. Sativa dominant strains are often slightly more difficult to perfect, requiring between two-four extra weeks in flower to achieve peak ripeness.Combining both Sativa and Indica genes has led to a wide range of tastes, aroma’s and effects, from the energizing, euphoric Sativa high, to a more sedate and relaxing ‘stoned’ of the classic Indica’s.

With it’s long growing season and days of endless sunlight, growing marijuana outdoors in Florida is easy if you find the right location. Living in the city makes it harder, but with over sixty-five thousand square miles, there are plenty of places in the state that other people rarely go. ‘Guerrilla growing’ has become the ‘buzz word’ with growers secretly planting seeds in remote, secluded locations, returning later to harvest the buds.

Feminized seeds are an obvious choice, but many marijuana growers in Florida are now choosing autoflowering seeds as their preferred choice. These marijuana seeds produce buds with similar tastes and effects as their traditional counter-parts, but do not require the standard twelve hours of darkness to flower and fully mature, instead, producing their best, heaviest harvest when subjected to the longest hours of sunlight. This makes them the perfect choice for growing marijuana outdoors in Florida, regardless of the number of light hours these marijuana plants receive, they will grow, flower and mature simultaneously, achieving peak and complete ripeness after approximately ten weeks from germination.

We offer a selection of the highest quality autoflowering and traditional feminized seeds, each guaranteed to germinate, producing a pure female plant. find out more about the strains you prefer from the selection below. 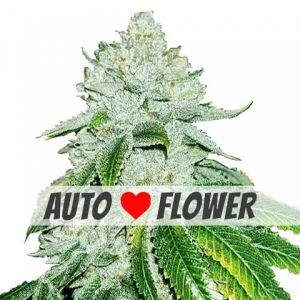 We offer the finest marijuana seeds shipped direct from Amsterdam Holland via our association with I Love Growing Marijuana, one of the world’s leading producers and suppliers of cannabis and marijuana seeds. All purchases are completed guaranteed to arrive, using the very best ‘stealth’ shipping and postal services, included in the price, and totally free of charge to all residents of Florida.

You can legally buy marijuana seeds in Florida online through us today using a variety of secure payment options, including Bitcoin, cash and debit/credit card. All purchases are completely secure and guaranteed to arrive under the I Love Growing Marijuana delivery guarantee.